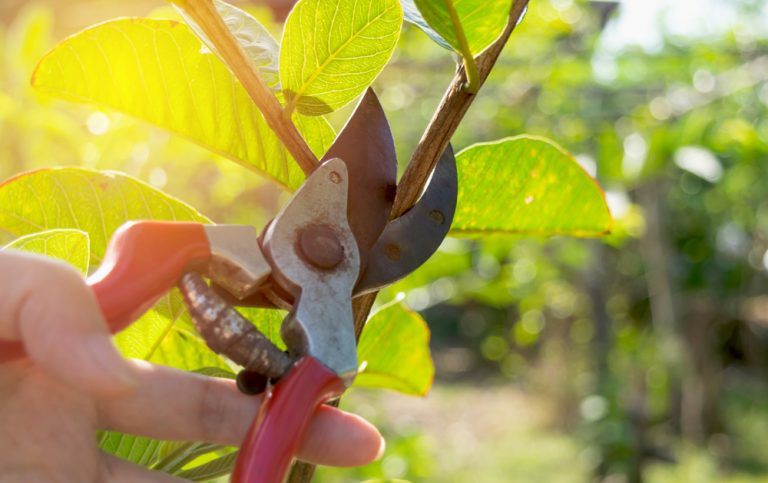 If you had to choose a single gardening tool to use for the next year, what would you choose? Would you want a shovel, or would you want secateurs to keep everything neat and tidy?

You may ask, “What are secateurs used for?” These handheld pruning shears are most often used to make cuts around the yard, but there are a lot of different ways that this tool can be used. As a jack-of-all-trades type of device, secateurs can keep your yard in order easier than you can imagine. Let’s look at what secateurs are and what they are used for.

Contents show
The Basics of Secateurs
Secateurs is Used For:
Types of Secateurs
Pruning with Bypass Secateurs
Find the right cut location
Choose your angle
Cut
Try Them Yourself

The Basics of Secateurs

Secateurs are a type of pruning shears that are also known as handheld pruning shears, or they may be referred to by their more specific examples.

Secateurs is Used For:

Secateurs are used in different ways in the garden, and that is why they are so popular. This one tool can handle dozens of various tasks in the garden, so you can be sure that you will get good use out of them.

Generally speaking, secateurs can be used to clean, cut, and trim away branches, weeds, and stems that are unwanted in your garden. This means that you can:

These are just some of the many ways that you can use secateurs. There is no end to the uses that you can find for these handheld pruners in your garden. Since they are small and easy to maneuver, most gardeners have a pair on them at all times when working in the garden.

There are two main types of handheld pruners that you should be made aware of.

Anvil secateurs use an anvil action to crush and remove unwanted stems or branches. A straight edge strikes down on a metal plate when you squeeze these pruners, and this breaks the plant sections around it. This makes it very easy to remove dead branches or otherwise dried out the foliage.

They are great on wood, but it is not recommended to use this type of pruners on live plants as it can take longer for the plant to heal due to the crushing-style cut.

Bypass secateurs generally have two blades, and one of those blades is beveled. This type of beveled edge allows you to create a very smooth, clean-cut that only crushes one side of the plant.

When used correctly, you will only crush the part of the plant that you are removing. This means that the plant can heal more effectively, and you will be able to make more precise removals.

Which Type is Most Popular?

Not everyone will agree with this, but most gardeners prefer to use bypass pruners due to the cleanliness of their cuts and how more comfortable it is to maneuver them into small spaces. While anvil pruners have their uses, bypass pruners enjoy more general popularity.

Now that you know a bit about secateurs and what they are used for let’s talk about the right way to use them. You may make some changes to these steps depending on what project you are working on, but these are the general steps that you should follow when pruning with secateurs.

Line the blade up with where you want to cut. The module will cut on the thick side, so remember this when lining up the spot. It’s OK to have this be slightly away from the main stem as it is less likely to cause damage when used that way.

Does your plant grow with alternate branches or with branches directly opposite from one another? If alternating, cut at an angle away from the node as this keeps water from piling up and causing rot. If different branches grow, cut a straight line right above the node.

When cutting, open the pruners as wide as possible and cut the entire branch at once. If you do smaller cuts, it will be harder on you and the plant, as well as will dull the blade on your pruners too quickly. Cut in one fluid motion to avoid this problem.

What are secateurs used for? Practically everything in the garden, so why not try to use them now? It’s not hard to handle these types of pruners, so you can invest in giving them a try without worrying about this garden tool going to waste.

From trimming bushes back to making your cuttings, there are dozens, if not hundreds, of ways that pruners can be put to good use in the garden. Get your secateurs and find out why they are so universally loved by gardeners today!

Hi there! My name is Herbert Miller and I´m one of these you could call a real handyman. My hobby is to fix everything whenever it comes to cars or stuff in my garden. I love spending hours on my own in my garage. I created this website to share my knowledge and my experience with all the different tools I have tried through the years.

0shares
We use cookies to ensure that we give you the best experience on our website. If you continue to use this site we will assume that you are happy with it.OkPrivacy policy